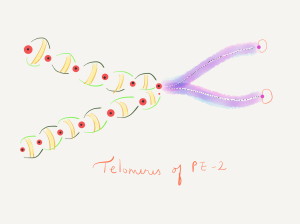 {Mood}
Whereas it is spring in Europe –the forerunner of yeast research,
Elsewhere in the southern hemisphere, in the meadow town of Campinas,

Begin loop {
For i = minus infinity to plus infinity,
{Day}
On the second of June 2016, various yeast researchers at Unicamp
{

in the expansive conference room at LGE,

after all this place held many a rich moment in its walls and crevices, and one can often hear soft whispers from yeasts and its ancestors, on the new moon night at 2 am precisely, so it is said by Ruby, Matisso and Piccolini.

PhD students and Postdoctoral fellows,
The Master’s and the bachelors (& the bachelorettes), including early career researchers,
Shared with much enthusiasm how they are one step further
Towards understanding the logic of life:
After all, physiology is called life logic. 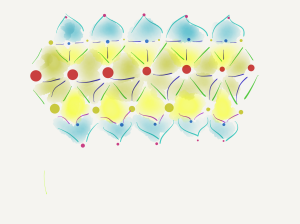 (The meat of the matter)

For the next four hours of so,
With various men and women sitting restfully in red chairs,
That Prevented one other to pass through in the middle of the presentation,
Eyes utterly glued on the flat screen in the front, scrutinising the various numbers and charts,

Whilst our ears listened to the various voices that uttered xylose-glucose-cerevisisae-marxianus-2G-bioinformatics-robot-future-climate-RNAseq-RNAi-Drugs and other nouns and adjectives commonly associated with the parlance of bio-physico-chemical-information-engineering-science,

Sometimes with trepidation, or at times with jubilance, performing an act on the stage that is part and parcel of the educative process,

We heard how the genes for xylose metabolism have been introduced into marxianus and cerevisiae,
And how they used classical breeding and modern techniques to arrive at a fittest
Strain, that can withstand the stress meted out to them in the distilleries of 2G,
All with a distant hope of saving the struggling usinas and also fulfilling one’s deepest curiosities and scientific wishes.

Recess ensued and over bolinhos and café, we shared pleasantries again.
And discussed more scientific things. A few were sipping coke and were engaged in a serious conversation of yeastly nature, and then
We returned to the meeting room once again to continue further, for a few more presentations, before we took a final snap and departed all.

A snap, that is captured, frozen in time until eternity.
Another year will pass and another meet will happen next year.
And researchers who attended PYFF6 in Lisboa would share with much enthusiasm
The latest findings from Delft and Chalmers and other important places.

The yeasts will be dissected further,
And truths vie to expose themselves without an effort,
After all the wise person says that the ‘answer is in the question‘.
Nature unfolds, and life continues.