​In Paris, we  went to Hediard (equivalent to Fortnum & Mason in the UK; still affordable for someone earning a minimum wage) and passed by Maille (gosh, a shop exclusively for French mustard) and watch shops – selling watches ranging from 50,000 to 75,000 €. India’s per capita income is ~ 1500 USD and  it is ~ 40,000 USD for France and UK.

To compete in a game, the participants have to have a modicum of comparative fitness. One cannot simply compare a turtle and a rabbit. But that is precisely what is happening across many strata in our society: be it in education or in research. Even the Nobel prize for Science suffers from the same pitfall. When the starting point is not clearly defined, the competition only sounds absurd.

In one of the cafes, the lady was quite rude as she wanted us to sit face to face and not side by side even when the cafe was empty. We left that cafe and went to an adjacent one where I had a cafe Noisette for €2.80 while a 33 cl of schweppes costed €5.80. Fairly expensive.
We met a friend of ours in Gare du Lyon at Montreux Jazz cafe. He is teaching English as a second language, for education professionals. He shared an experience from one of his pupil who was fiddling with his smartphone during the lesson. My friend had to ask him to leave, for which the pupil replied:  ‘who do you think you are’.
In Vincennes, we saw several trucks which act as work places for sex workers. If we do not see the women in the driver seat, then it is very likely that they are working. Even though prostitution is legal in France, I am told that looking for clients on the street is illegal. The tableau of life unfolded without effort in Paris. We just need to observe, watch, without judgement. This article from The New Yorker captures the lives of Parisians living in banlieues very well.
In Wim Wenders’ movie: Paris, Texas, Travis, the lead character is narrating a story to a sex worker:

She saw herself at night,
running naked down a highway.
Running across fields,
running down river beds,
always running.
And always,
just as she was about to get away,
he’d be there.
He would stop her somehow.
He would just appear and stop her.

The man at the counter in Fontenay Sur Bois was very rude and asked us to check the internet even though he could have looked at the screen and given us an answer. Why are some people so cold-faced ? 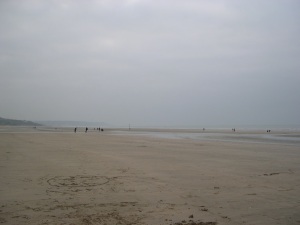 We saw many people with headphones (cable free) and it almost had a beauty of its own. We saw a lady talking for the entire 20 min journey on her iPhone and when she disembarked, we noticed that she has a child. 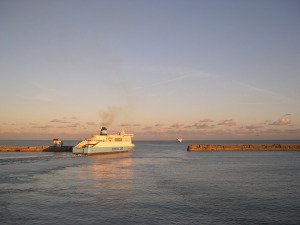 For 20 minutes, she did not engage with her child at all. Cat Stevens’ song ‘where do the children play’ will mean different in our technological world. Children do not any more play in the open. They play with their mates virtually. Is it time to plunder the playgrounds and convert them to highways for driver-less cars ? Today, the university of Cambridge has given £11m to Jaguar for partnership in car-research. 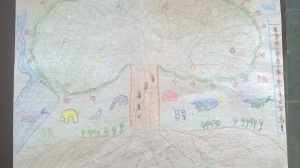