CEN.PK and PE-2 had a lull period last week. They learn that Vijay is waiting for the nitrogen cylinder with 99.999% purity. Vijay needs the nitrogen gas to maintain anaerobicity in the culture medium. It costs 450 Reais for 10 m^3 of gas. 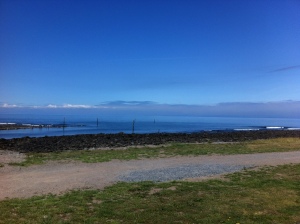 PE-2: Seine, I have so many observations and questions to share and I wonder if one generation time is sufficient to share them all with you.

Generation time is the time taken for the mother cell to become a daughter cell.  It is equal to 0.693/mu, where mu is the growth rate of the organism under the given conditions. Growth rates made easy !

When we, I mean our hexose transporters, transport  glucose, do we act cooperatively like the human beings ?  Do we have friends ? Would we want friends ?

CEN.PK: Petruska, when you say cooperatively, do you mean caring for our fellow siblings and relatives and ensuring that they have got food too ?

PE-2: That is precisely what I meant, Seine. Remember the movie ‘Artificial Intelligence’ directed by Spielberg, where the bionic boy has a system failure when he attempts to have a proper meal. I hope we do not become like him in the future. We must preserve this unique trait we have of metabolising sugars even when there is food scarcity. Friends, yes great, as long as they are not smug and snobbish and beating their own trumpet.

The notion of individuality made CEN.PK to ponder and put the grey cells to work, as Monsieur Poirot (a detective character created by the English writer Agatha Christie) would say: “Hastings,let us be calm. Let us reason. Let us… Enfant, let us employ the little grey cells”.

CEN.PK: I feel that we are together for our children but not for the children of others. Else, why would we consume glucose at such a fast rate and produce ethanol, killing our poorer (in size and space but not certainly in intelligence and not in a racist way) bacterial cousins ?

PE-2: …Why did we not evolve Quorum sensing (the capacity to communicate with one’s neighbours using small molecules) like the Pesudomonas species so that we could all communicate, call upon our guests when we see sugars. I wonder why the really poor ones such as Mycobacterium, Staphylococcus and  their ancestor – the mighty Influenza and HIV viruses had to prey on others. Why is nature so cruel ? To kill a life for food and survival ? I hear there are some are bacteriophages which even kill bacteria.

CEN.PK: I have a strange feeling that there is some hidden moiety that is dictating the cellular processes. Some say it is the DNA. Surely, it can’t just be DNA alone. Biochemists and life scientists have delved into us and show us how we divide, how we metabolise the sugar. In the same vein, someone is probably doing the same to the humans – dissecting their lives, showing them how they live their lives. They are probably not aware.

PE-2: You know in the 1920s Griffifth did an experiment where he infected a live mouse with a combination of heat killed bacteria and benign bacteria and showed that DNA is the transforming principle. Eric lander, Professor at MIT says: ‘Every one thought DNA was pretty boring. People did not believe that DNA which was composed of four alphabets had the magical power of life, the oomph to carry on life’s vitality’. Scientists argued that Protein with its 20 charming amino acids was the prime mover. The war shrouded both Griffith’s and Avery MacLeod and McCarty’s results. Hershey and Chase revived this topic in the 1950s and employing bacteriophages and radio labelled nucleotides and amino acids, the duo proved that DNA is the genetic material. Watson and Crick published the structure of DNA in April 1953.

Petruska points out that Eric Lander’s video lessons are worth watching. It has seen Vijay regularly using MIT open courseware.

CEN.PK: A volte-face situation indeed when you consider the prion proteins. The mad cow disease was caused by prion proteins and the world at large refused to believe that a protein could be contagious. What is worrying is that we have all the genes that could make us multi-cellular (ACE2), prion like (SUP35), biofilm forming (FLO11)and longer life span (SIR2), to name a few. We have the power within us but we not know the power of it. We must form a group and look inwardly. Just as we are busy eating the sugars and producing ethanol, we must dig deeper into the recesses of our guts and our cytospace. We may have a jewel hidden within us. We have to be light to ourselves, Seine, quotes Jiddu Krishnamurti.

Seine remembers Vijay making a presentation on prions during the genetics course that he took in Copenhagen University and it can be viewed here.

Both Seine and Petruska agree that they have enough observations to gnaw their minds till next time. With the carnival coming soon and people in festive mood, the ambiance is quite upbeat. We will have to wait and see what will brew till next time.

Elderly people experience loneliness even when surrounded by many people. Being hard of hearing, and having poor vision, they wait everyday for the chariot of death to take them away to the land promised by their religions. With bones aged, and movement restricted, they now live their lives as onlookers, like the stick children in this drawing, crawling and babbling, as they experience their second childhood. The brilliance of our youth too will wither soon, and new beings will yet again be born, and thus the civilisation continues even after we are gone. I wonder what happens to our worries and fears, our joy and pleasures...