PE-2 describes the heavy rain that poured on hot and humid Campinas that afternoon. Rain that lashed the roof of the office where Vijay and his fellow colleagues have their desks. It was frightening to hear the loud thunder as well as the merciless spill from the clouds, on to the corrugated iron sheet. PE-2 also remembers few lines from Somerset Maugham’s short story called ‘The Rain’, written in 1921.. It goes like this:

They made their way with all the crowd to a great shed of corrugated iron, and the rain began to fall in torrents..

In the Macphails` there was nothing but a poor, worn bed with a ragged mosquito net, a rickety chair, and a washstand. They looked round with dismay. The rain poured down without ceasing…

Pago-Pago is about the rainiest place in the Pacific. You see, the hills, and that bay, they attract the water, and one expects rain at this time of year anyway.”

When they awoke, though the sky was still grey and the clouds hung low, it was not raining, and they went for a walk on the high road which…he stared at the slanting rain…

And Dr. Macphail watched the rain. It was beginning to get on his nerves. It was not like our soft English rain that drops gently on the earth; it was unmerciful and somehow terrible; you felt in it the malignancy of the primitive powers of nature. It did not pour, it flowed. It was like a deluge from heaven, and it rattled on the roof of corrugated iron with a steady persistence that was maddening. It seemed to have a fury of its own. And sometimes you felt that you must scream if it did not stop, and then suddenly you felt powerless, as though your bones had suddenly become soft; and you were miserable and hopeless.

steady pattering of the rain on the iron roof…

And the rain – that`s enough to make anyone jumpy,” he continued irritably. “Doesn`t it ever stop in this confounded place?”

When the rain stopped and the sun shone, it was like a hothouse, seething, humid, sultry, breathless, and you had a strange feeling that everything was growing with a savage violence.

Outside, the pitiless rain fell, fell steadily, with a fierce malignity that was all too human. Meanwhile the rain fell with a cruel persistence. You felt that the heavens must at last be empty of water, but still it poured down, straight and heavy, with a maddening iteration, on the iron roof. Everything was damp and clammy. There was mildew on the wail and on the boots that stood on the floor. Through the sleepless nights the mosquitoes droned their angry chant.

PE-2: Although the rain frightened me, I am glad that it rained. The soil must have been very pleased, for the thirst of it knew no bounds. The soil in brazil was anguishing in the hot sun – which for some reason, over the years, is getting hotter and hotter. I wonder why the sun could not turn down its furnace. Why could it not ask Hydrogen and Helium and other elements – physicists have discovered that atoms in the sun undergo nuclear fusion and when the size of the nucleon reaches the size of an iron nuclei, the fusion process stops – for a chat at a local pub. While at the pub, the elders of the entourage could gaze down on us, while the younger ones play hide and seek with the clouds. After a few hours of respite from an overcast sky, the gong could be struck to summon every one back to their coordinates. The sun would eventually come of its hiding and spurt out ‘peekabo’ to us below. 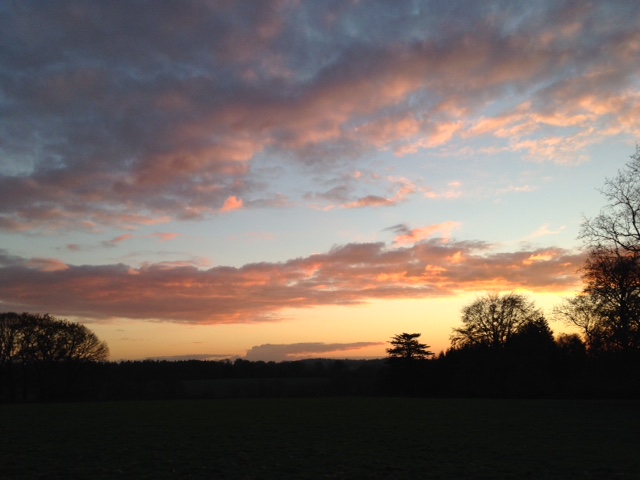 CEN: What an irony. In Europe it is very cold now. Vijay called his friend in the UK and learnt that is was -5  deg C last night. Vijay also read in BBC that there is a company which can disperse iodide salt on to the clouds weeks before a wedding so as to have a rain free wedding event for a prize tag of £150,000. I hope you do not mind me calling you Petruska as PE-2 sounds rather like a prisoner’s ID tag or one of those medicines which is currently undergoing human trials.

PE-2: J”adore  le nom CEN. The new name augments my personality by giving a feminine touch. Most of the violence in the world is caused by men. By the way, I thought of addressing you as ‘Seine’ as it rhymes with CEN and people may think that you are working for CERN ! Seine. We must look into the subject of gender some time soon.

The heat has made PE-2’s bud scar spin and talk gibberish.

PE-2: I was lying idle on the bed trying to sleep. The heat was unbearable even at that time of the day, or night was it ? You see, it is just that our sun simply cannot sleep. It is so hot, it would rather burn than try to cool down. You will know if you had tried to heat a house after you had come back from your holidays on a peak winter day, in the north of England. Yes,Drumodrochit was the place. For some reason I like that name. I saw the Lochness monsters as well as every imaginable and unimaginable creatures. The thoughts were going helter-skelter as though there was a short circuit in its system.

Petruska has been observing what Vijay has been doing as it spends most of the time with him. Slowly, it is making an inventory of his actions. By the bed, it sees books by Hilda Hilst, Gilberto Freyre and a Collins dictionary. His fingers played with the water colors on an iPad app. To draw something without  the interference of thought was difficult as the fingers were somehow following an imaginary figure that the mind has conjured up. Petruska jolts back from utopia and apologises to Seine for having gone off with the clouds. CEN has been a good listener. PE-2 must pull his socks up and make CEN feel friendly.

PE-2: Where was I ? You see, I have a habit of incessant talking and not reaching a destination.  I see the lights on the horizon from Vijay’s window. I wish it was the sea. The sea does something to our minds in ways that we are not able to comprehend and fathom.

CEN: Petruska, did you know that lightning mediates gene transfer at least in laboratory scale in  E.coli ? It was reported by a research group from Lyon. Both electroporation and Lithium acetate transformation momentarily dilates pores on the cell membrane thereby enabling transfer of material from the extracellular medium, just like the lightning mediated current injection (as said by Demanèche et al).

PE-2: Yes,indeed Seine, the power of nature is insurmountable. I remember Vijay sharing on the blog that the enzyme ketosteroid isomerase’s activity is increased in the presence of an electric field. A Nature article report that the electric eel zaps the neurons of its prey. Gosh, I better watch out for the lightning next time. I may be able to increase my fitness in ways scientists have never reported if I am out in the wild exposed to the thunder and lightning.

One thought on “PE-2 and CEN.PK meeting 3: Deluge”